Final Post on Parahanga.com: A true roll of junk film

About 5 years ago, I rekindled my joy for photography by rediscovering analogue photography. I started this blog as a way of sharing my experiences. I was searching for a name for the blog and decided that 'Parahanga'  (Maori word for 'junk' or 'stuff') was perfect for my attempts to do things the old fashioned way: by  making heaps of mistakes and enjoying the process!

I've been struggling to keep up with this blog; most of my stuff goes direct to Flickr; I have been finding myself with less and less to say, despite the fact I was taking as many photos as I have been before. Its been more than one year since my last post; I've decided to make this my final one. I won't delete the blog or let the domain lapse, I just won't update this blog anymore. If you are interesting in keeping up with me, check out my Flickr account.

That being side? Why not go out in style? Last Sunday, my mates took a little trip to Whatipu. He's a brewer (quick shout out to White Cloud Brewers!) and were going take pics of kegs, beer bottles and various brewing apparatuses.  I was equipped with my Canon AV-1, a digital Nikon 5200 and my untrusty little Holga. I was really wanting to shoot my Hasselblad, but unfortunately the 120 back was broke. I had a hankering to shoot 120 film, and the little black Holga on my shelf was screaming 'Pick Me! Pick Me!'. So I did.

My pics for the my AV-1 and digital were fine. My pics from my Holga were a fine mess. Seems like everything that could go wrong, did. The infamous lawman Murphy was in fine form that day and the during development of the negatives. What you see is here is a fine array of overexpose, underexposed, vignetted, light leaked, unevenly exposed, double exposed, wrinkled, dusty, scratched and otherwise fucked up roll of Fujifilm 400 ASA.

Its not entirely the Holga's fault, as I was loading one of the rolls of film in to my Rondinax 60; the paper backing wouldn't separate from the film and pulled it out of the light proof box. Thus, nearly all of the roll suffered from light-leak hemorrhages. I actually proud of the fact that I continued to develop the roll, as normally I would have flung it across the room and called it a day. Nope, I chucked it into a dark bag and managed to get it mounted on steel reel for normal tank development. Not only that, on my first try (which was a first for me as well - there is usually a minimum of 51 attempts to get the film on the spindle!).

The film was awful and interesting at the same time... on several of the shots you can see the ink from the paper backing; I have never see that happen before. Perhaps the film got wet or too humid. All of them are flawed, but when you are a 'junk dealer' like, me that's part of the trade! When I scanned these, I tried to do as few corrections as possible, I wanted to keep all aberrations. So here are the final shots for my final posts for parahanga.com; all blights preserved: 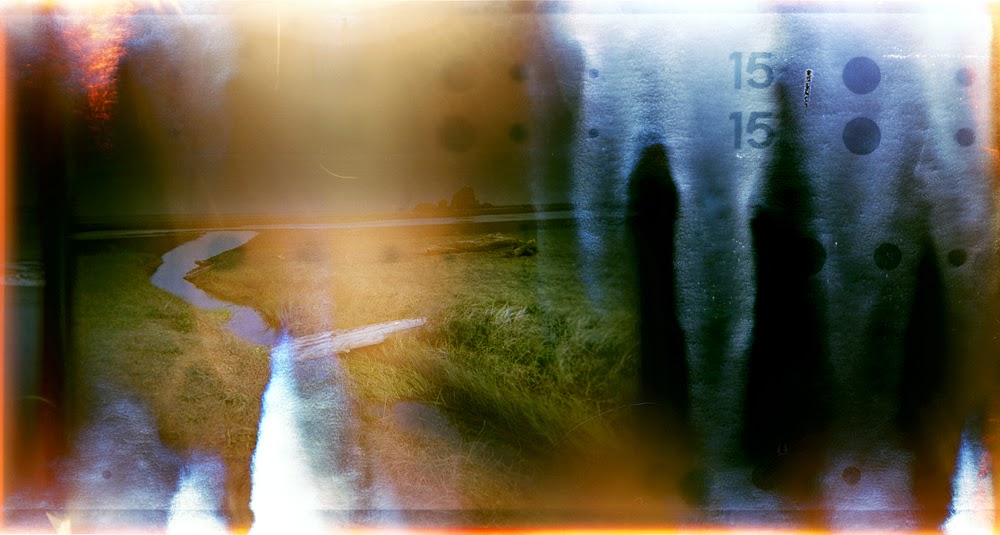 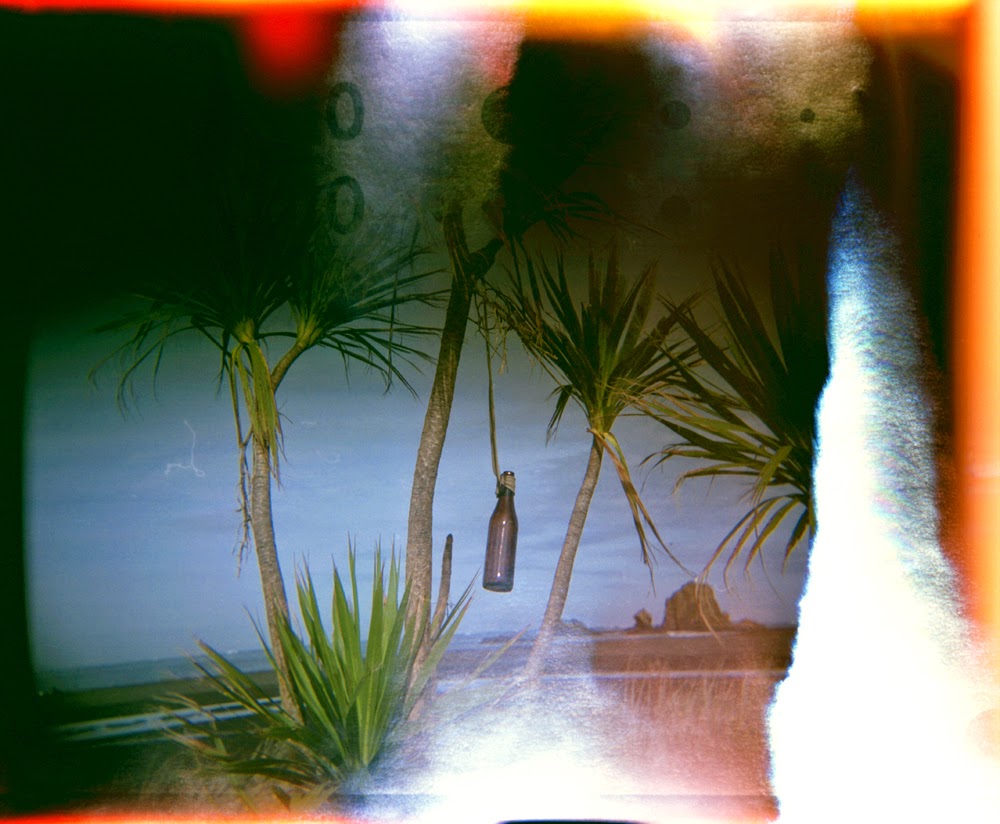 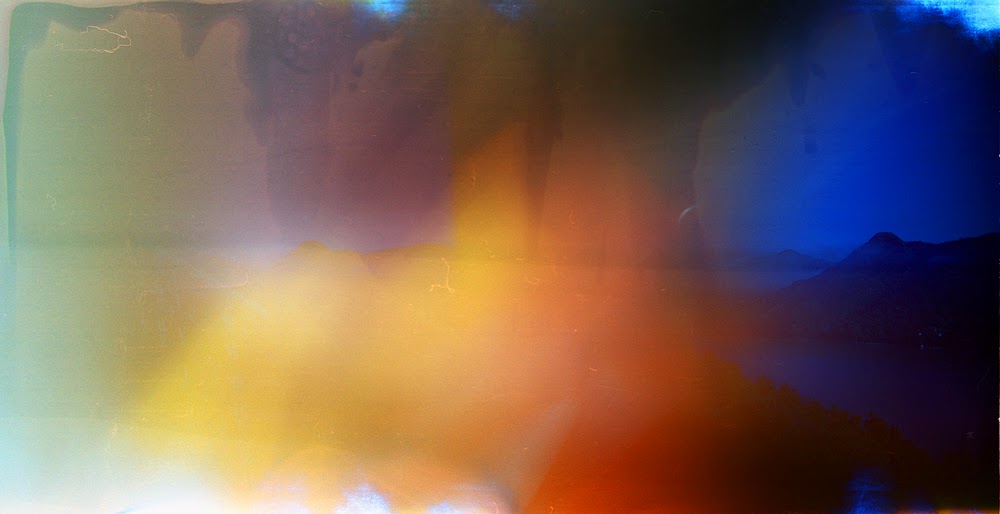 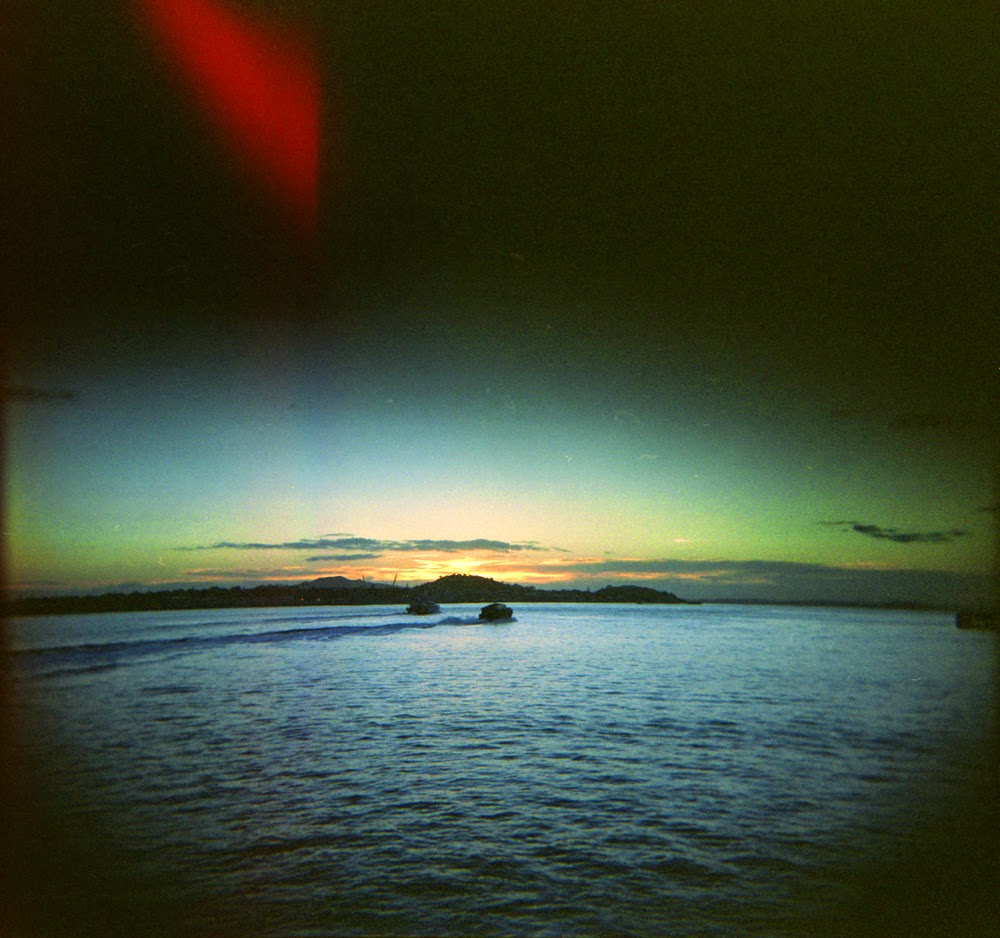 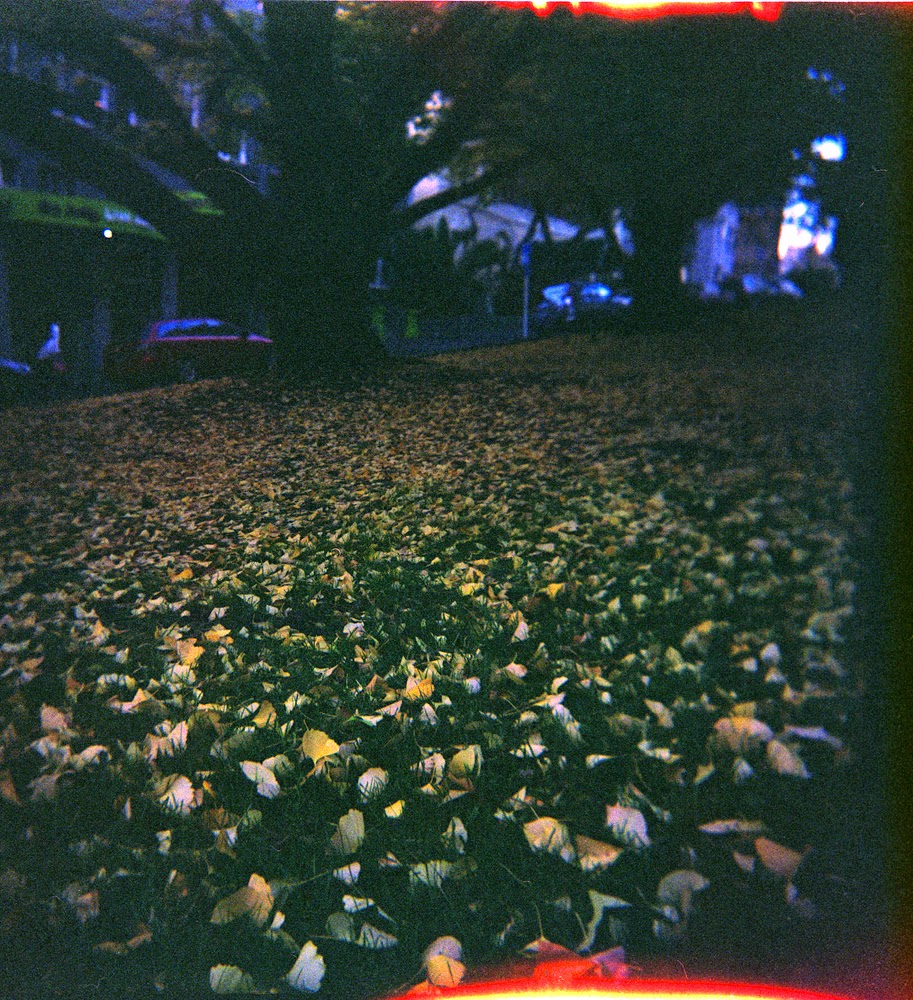 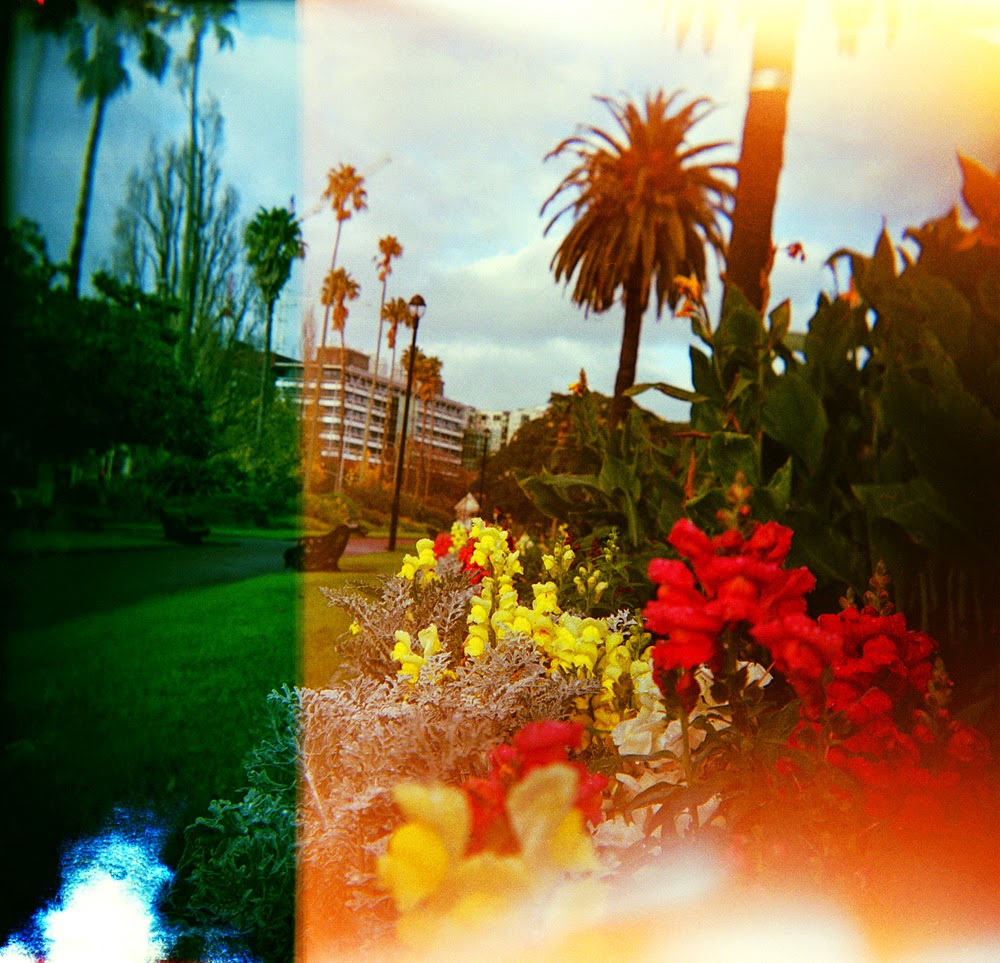 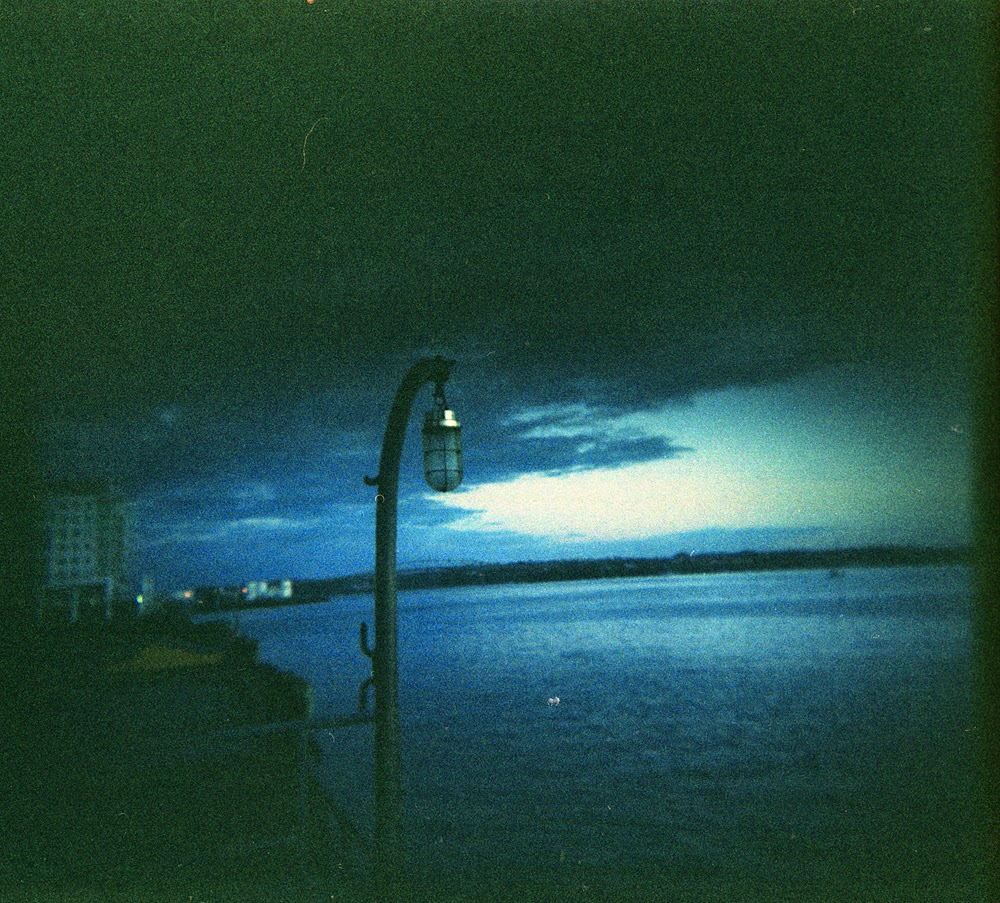 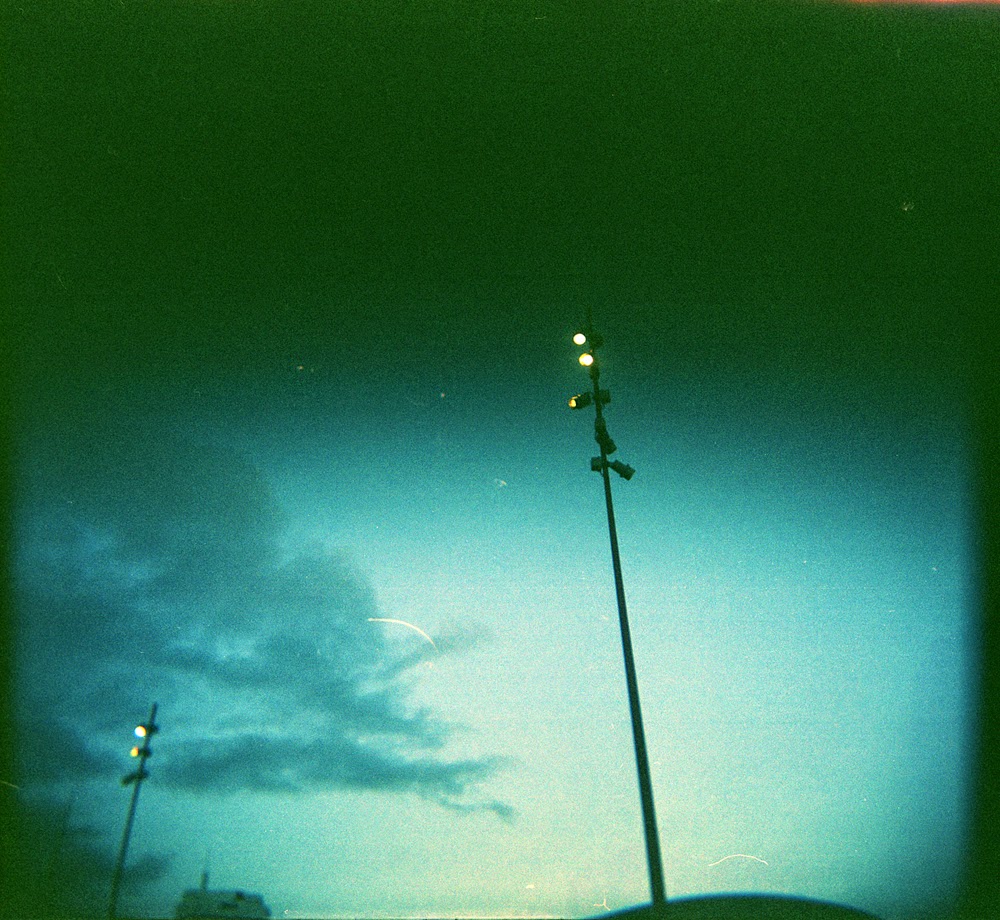 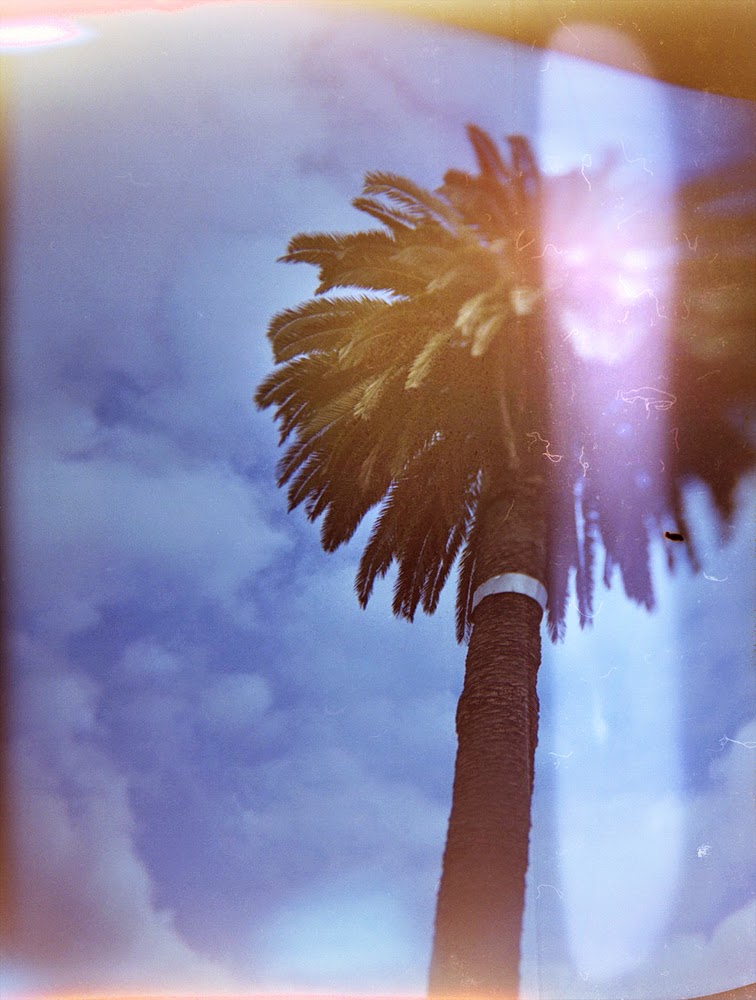 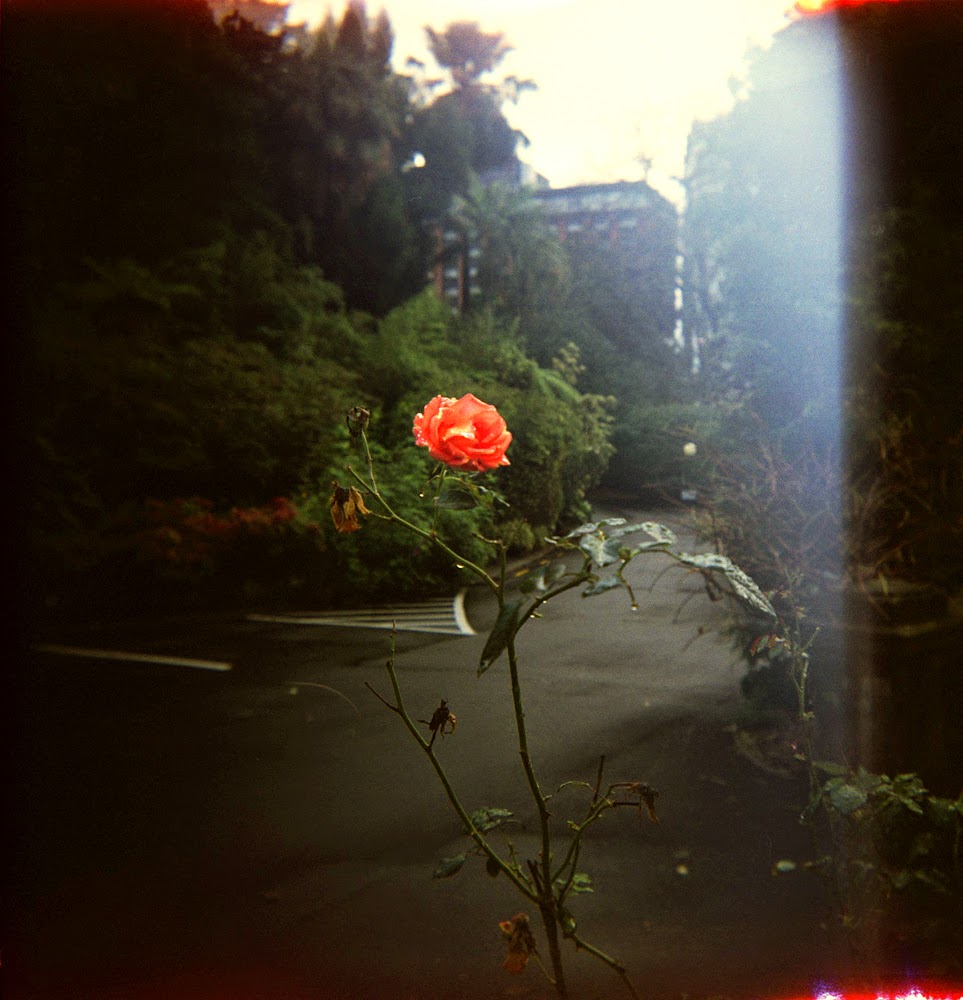 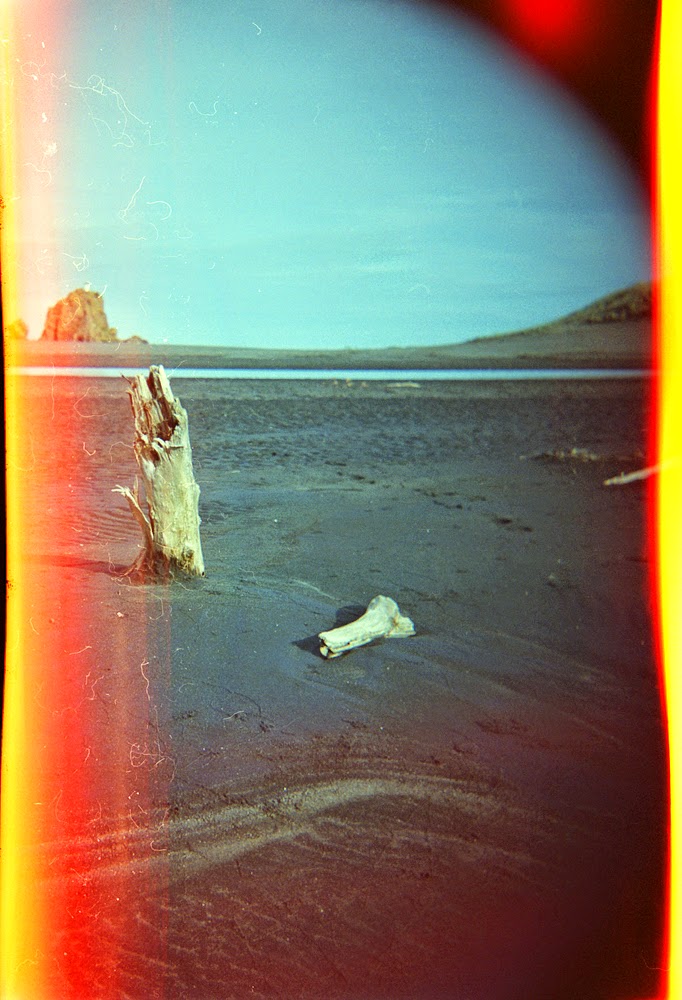 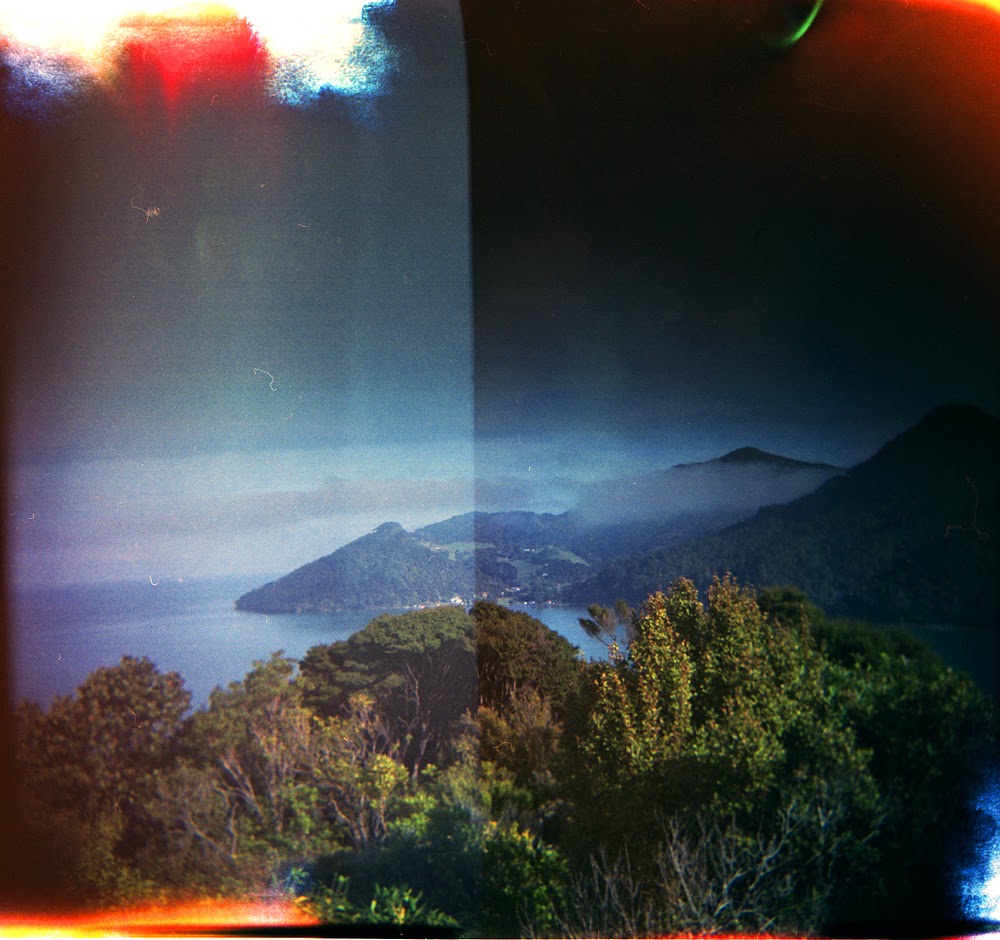 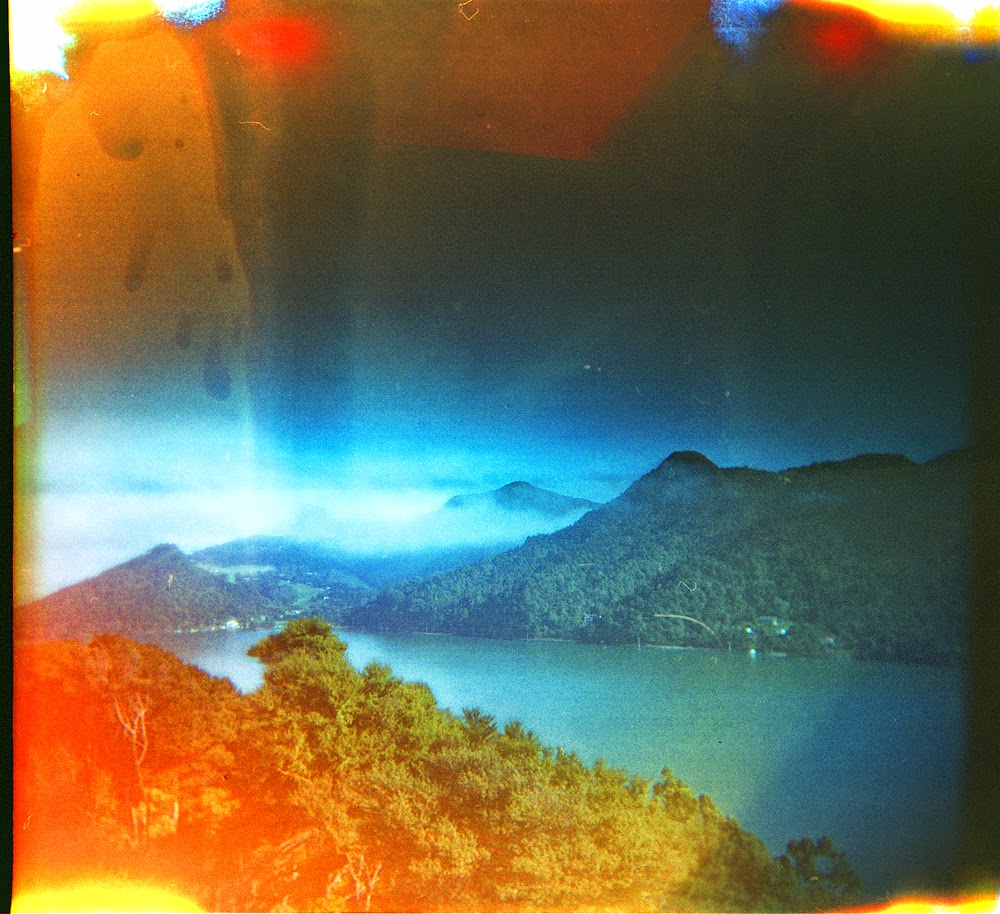 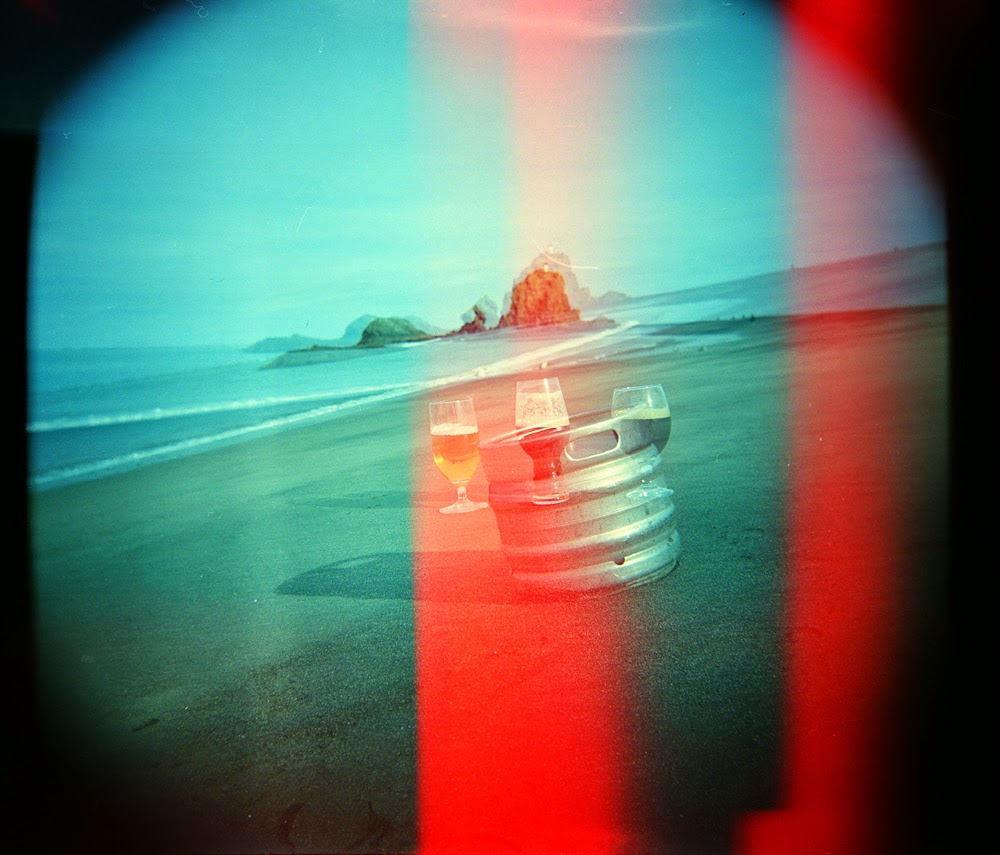 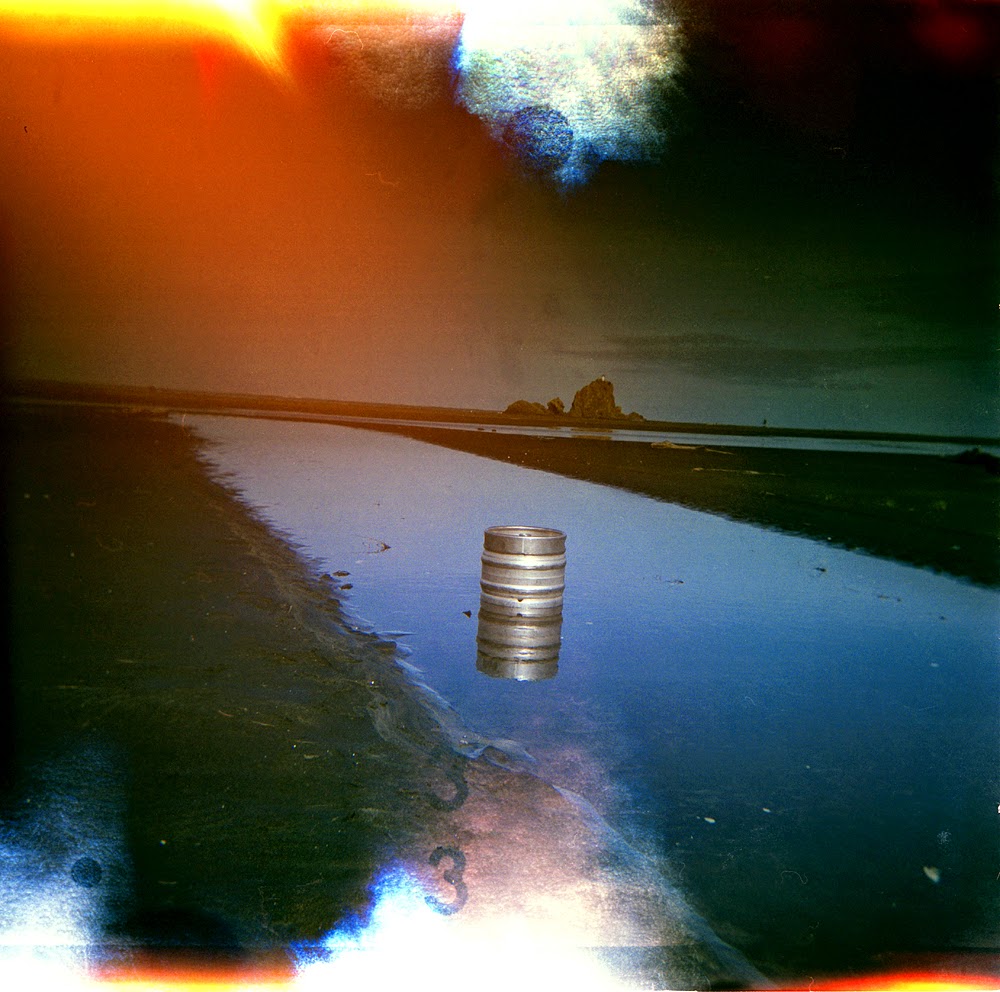 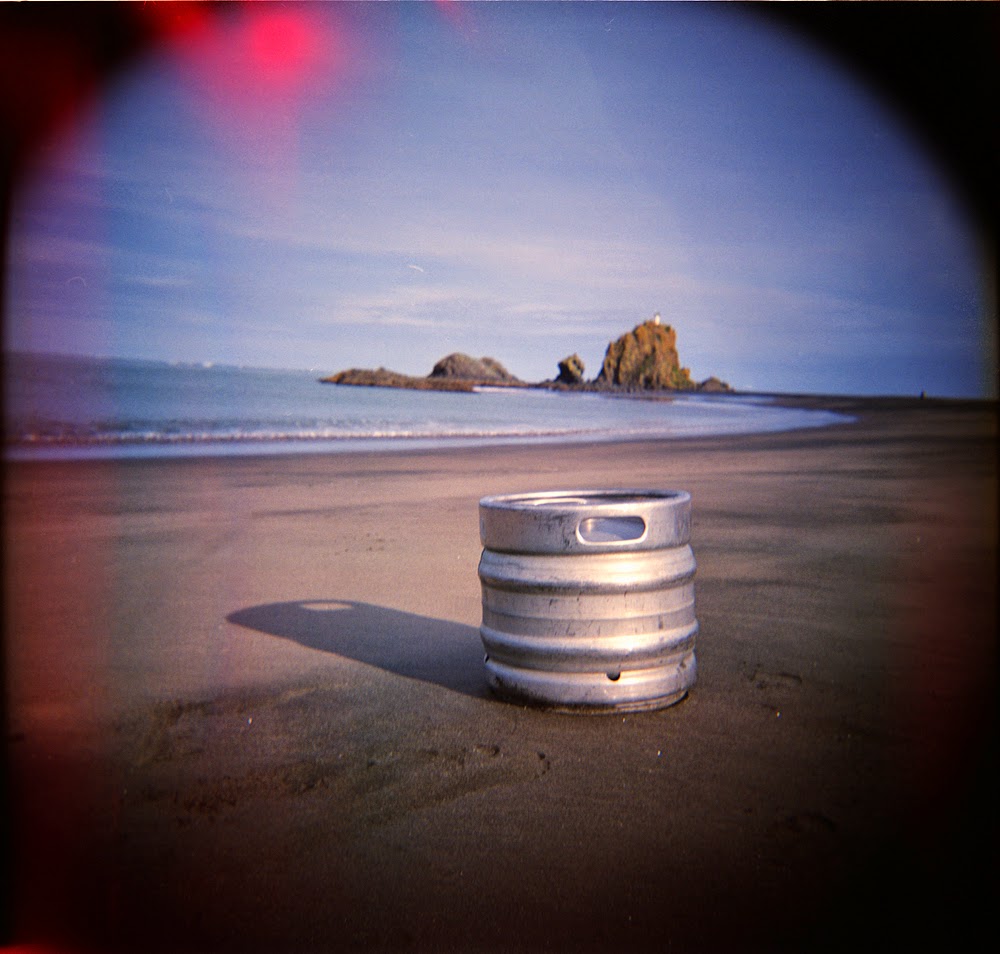